PTFE NanoGLIDE® has been Friction Tested and Studied with Amazing Clarity in Textile Fabrics. 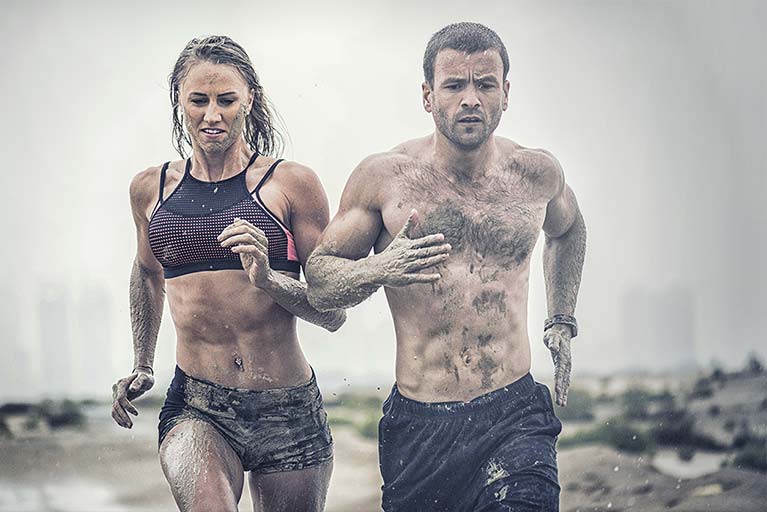 What is friction as it relates to a textile fabric and physical activity?

Frictional forces that oppose the movement of material across the skin cause an increase of blisters, moister/sweat, chafing, and redness seen in physically active individuals.

All the published studies and characteristics referenced below indicate that when the friction coefficient is smaller, the corresponding shear stress will be lower on the skin surface for moisture, chafing, hot spots, and blistering. However, the higher acceleration and greater centripetal force in the reverse will cause greater skin/fabric interactions and increased sweat/moisture.

All test reports from MSC contain a TS designator. 1-4 below

Various fabrications with PTFE (NanoGLIDE®) were independently tested at MSC in North Carolina.

5 fabrics with varying %’s of the PTFE technology were independently tested for similarities:

2 samples of each fabric were tested.

The test was stopped at failure or 50,000 rubs and all fabrics were tested at the same time.

The data demonstrates that all fabrications have consistently good abrasion control, good vertical wicking, and good absorbency with PTFE.

The PTFE knit was stopped at 100,000 movements because no hole appeared, but the placebo control failed with an average of 62,775 movements before a hole.

There was a 37% improvement in abrasion properties.

However, the test was also stopped at 100,000 movements. When the failure would have occurred is unknown. There was no immediate sign of failure and because of the long machine run time, it was concluded 100,000 movements were enough to demonstrate the value of PTFE.

This data demonstrates enhanced abrasion control with PTFE, but also the ability to reduce hot spots, friction, chafing, and chances of blistering for a piece of fabric or sock on the skin surface.

There was a 55% improvement in abrasion properties

Both fabrics were tested at the same time.

This demonstrates the enhanced abrasion control of PTFE for reducing hot spots, friction, chafing, and chances of blistering from a piece of fabric or sock on the skin surface.

There was an 88% improvement in abrasion properties.

The only data from MSC that can be qualitatively and quantitatively measured is “abrasion control”.

PTFE is well documented when wet or dry to improve abrasion control. This would translate very favorably in the above fabrications whereby a wearer could expect improved wear and tear of the fabric, improved abrasion control, reduced hot spots, blistering, or chafing on the skin surface. These are attributes to consider when putting PTFE yarns into textile products.

Wicking and absorbency can vary depending on the product; sock, base-layer, shoe fabric, outerwear fabric, football jersey etc., and the PTFE, or non-PTFE yarns used.

Many standardized ASTM and AATCC test standards for absorbency, wicking, and dry times are a one size fits all approach to textiles and excludes other variables such as yarn twist, air tack, denier size, resin, surface area, chemistry applied during manufacturing, etc. and therefore makes it almost impossible to decide what a pass or failing grade should be, or what it means by establishing an arbitrary number from a measurement. These tests do not take into consideration how air permeability, wicking in the horizontal, and moisture or vapor transmission can impact (or not) evaporation and drying of a textile fabric.

These are attributes to consider when putting PTFE yarns into textile products. 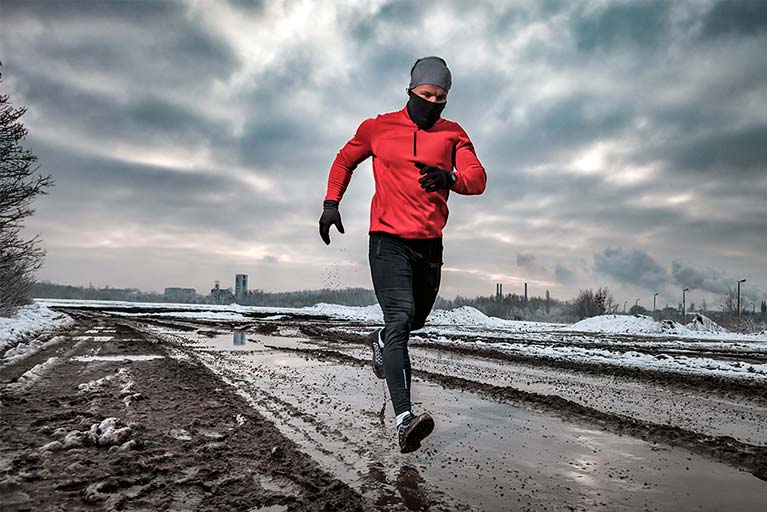 The process whereby fabrics enable sweat to move from our skin through our layers and finally, into the environment.

Stay up to date on our newest products and services.

Your information is 100% safe. We hate spam too.